Optimist TV Bingo is run by a Bingo Committee made up of members of the Optimist Clubs of Halton Hills and Milton.

The show airs once each week, ONLY on TV Cogeco Cable from the North Halton studio on Tuesdays at 7:00 p.m. until 8:00 p.m.

Optimist TV Bingo will be broadcast weekly except for the Christmas, New Year’s holiday season (exact dates to be confirmed each year between the Bingo Committee and YourTV).

You can Buy your Optimist Bingo Cards at the following Milton locations: 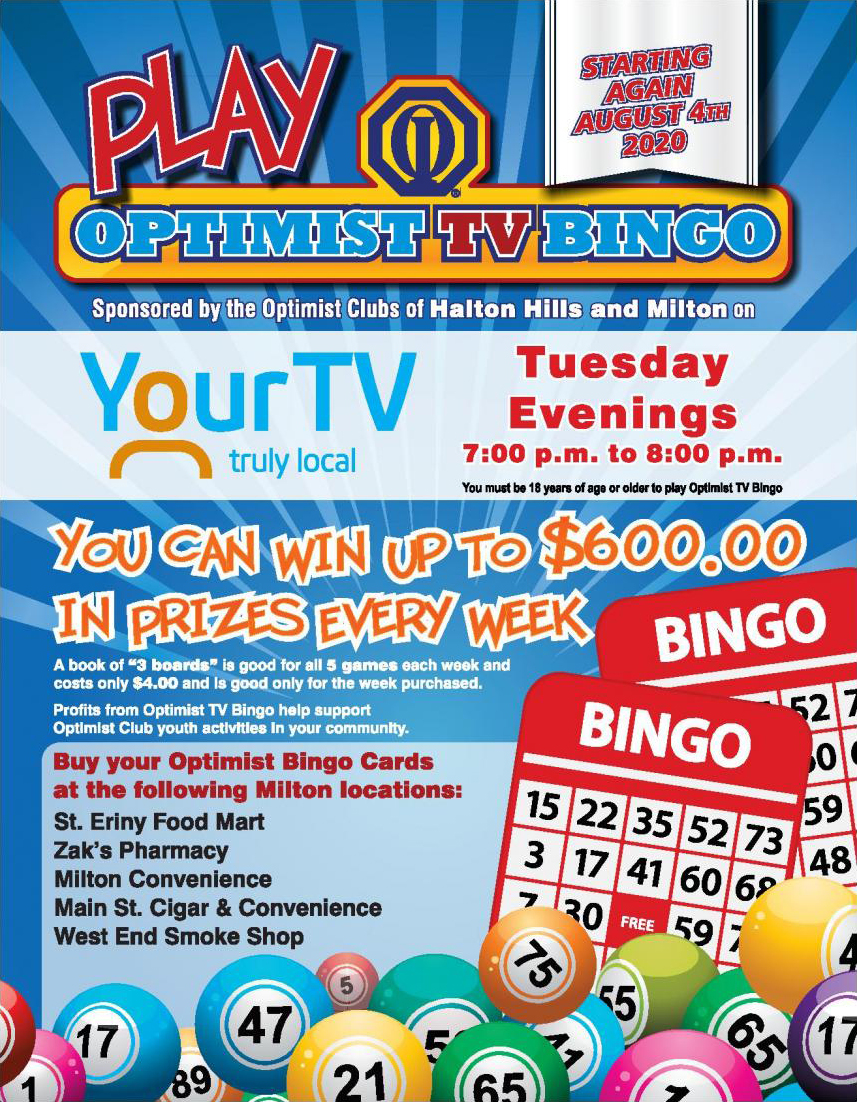 These patterns will be explained by the caller prior to the start of the first game each night.

We are proud to recognize our sponsors: